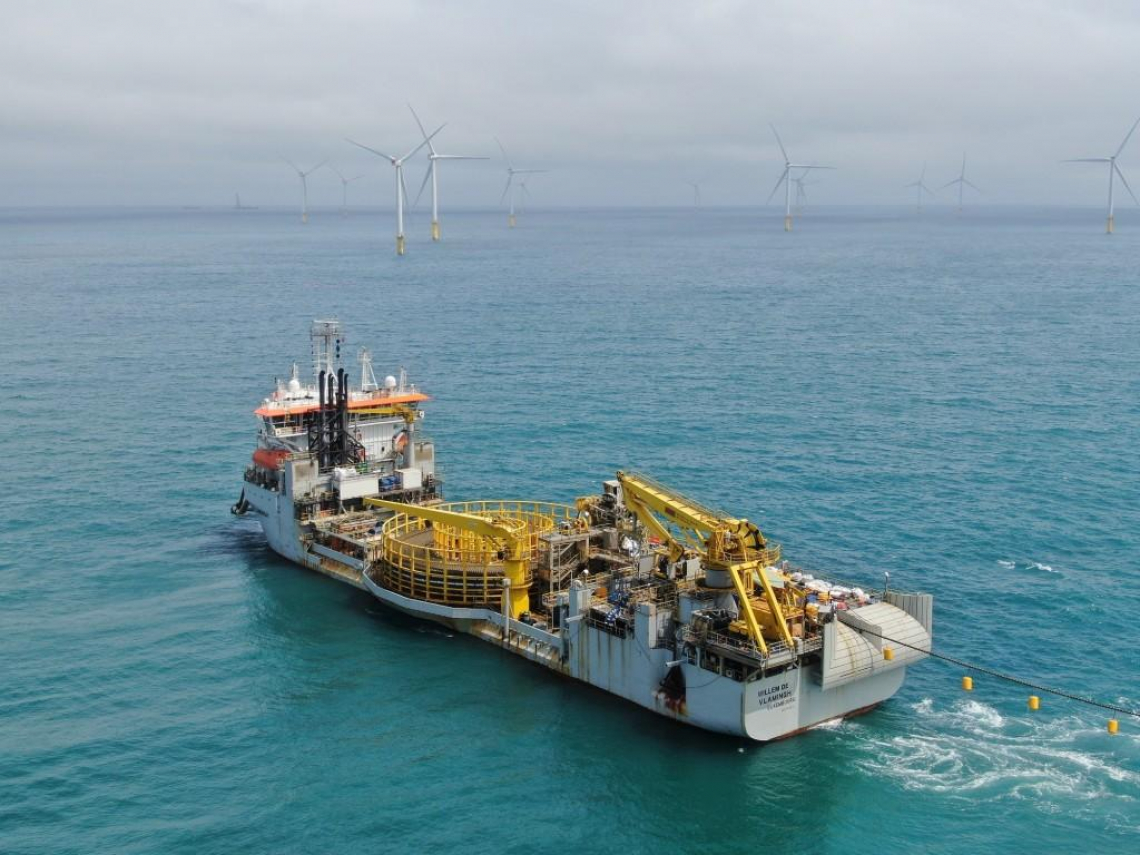 Business Today reported that according to the “Taiwan’s Pathway to Net-Zero Emissions in 2050,” the government has set the goal for the installed capacity of Taiwan’s offshore wind energy to reach 40-55 gigawatts by 2050. SRE Chair Lucas Lin (林雍堯) said there are a few reasons why offshore wind energy is currently such a hot topic in Taiwan.

Aside from the fact that 16 out of the world’s top 20 offshore wind farms with the strongest winds are in the Taiwan Strait, as a form of renewable energy, offshore wind creates the least impact on communities and environments on shore. The distance of offshore wind turbines from land also allows the development of larger and even floating wind turbines.

Lin added, “More importantly, most wind farms that are currently available are close to all of Taiwan’s major power-demand hotspots.”

As the initiator who invited J&V Energy, Yeong Guan, and Tien Li to pitch in and join the offshore wind energy national team, SRE hopes to “consolidate local supply chains and cultivate a wind farm development team that is truly local.” Having been in the industry for 10 years, SRE is the only offshore wind energy developer in Asia that has practical experience in all aspects. 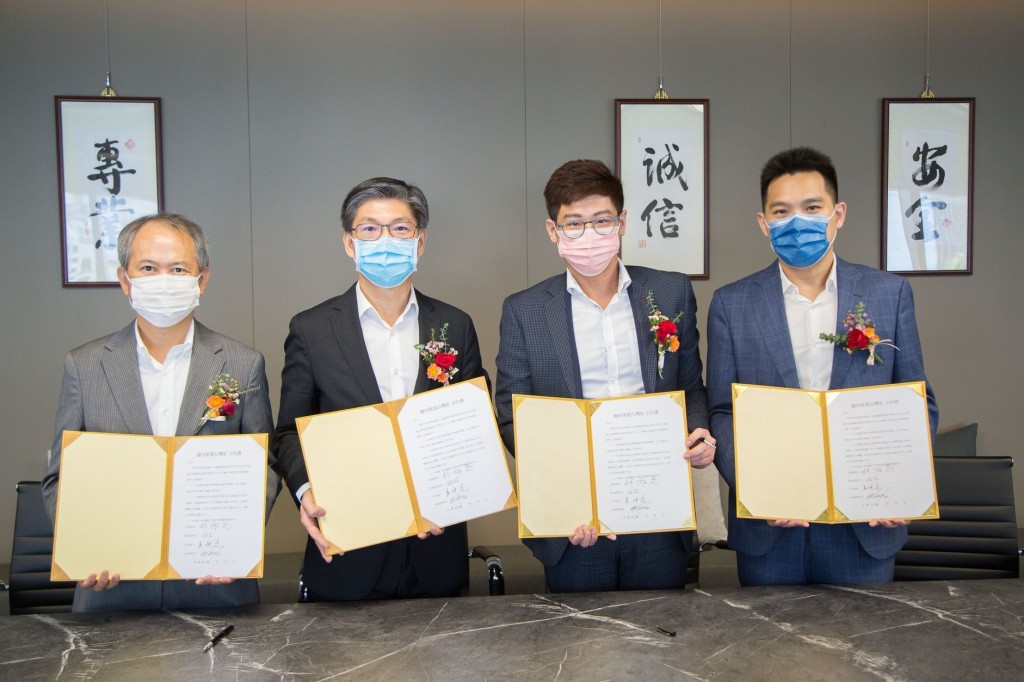 Even before the government had published its plans and strategies for its Net-Zero by 2050 goal, J&V Energy had set its eyes on offshore wind energy. When the company began considering expanding its business to include other forms of renewable energy, “offshore wind energy immediately came to mind,” General Manager Chao Shu-min (趙書閔) was quoted as saying.

The company, which started off as a solar energy company, has a strength for consolidation. Regarding the formation of the national team, Chao said, “We hope that the Taiwanese can guard their own energy and security at sea.”

The Yeong Guan Group, a casting supplier that has been in the wind energy market since 2005, boasts the ability to “produce all cast iron (parts) within a wind turbine.” Meanwhile, Tien Li is the only Taiwan manufacturer capable of producing wind turbine blades for megawatt-grade turbines and recently completed the world’s biggest blade, measuring 85 meters in length and 35 tons in weight.

“Taiwan Team” has plans to develop Formosa 4 and Formosa 5 wind farms, which are located off the coast of Miaoli County. At 3 GW, the maximum installed capacity of the two wind farms combined can power up to 3 million households. 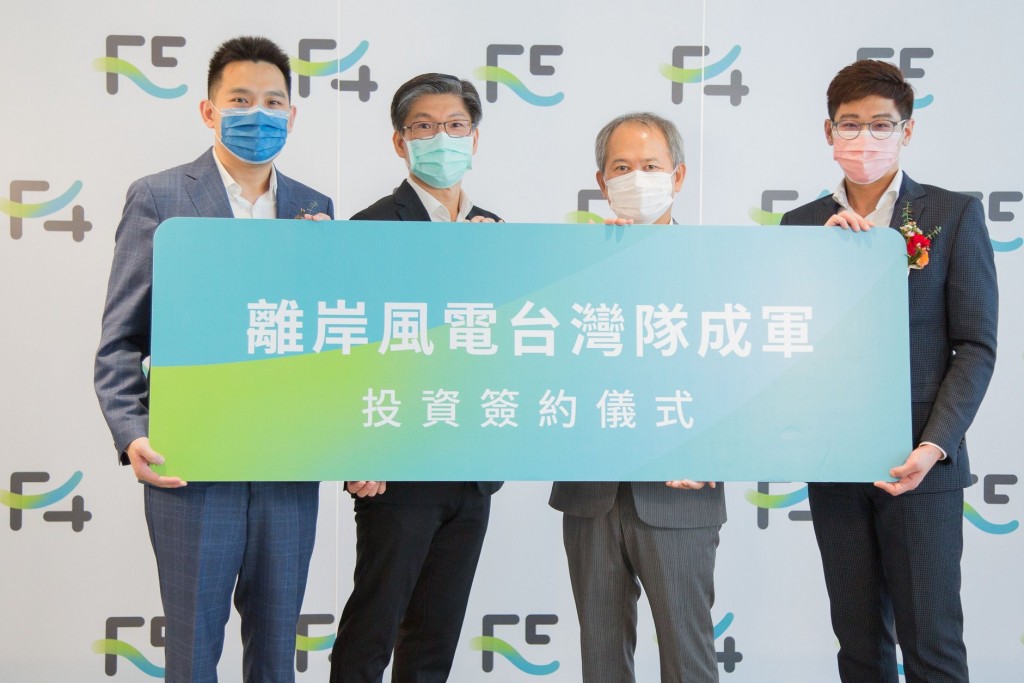 Representatives from the four companies pose for a photo at the contract signing ceremony. (Facebook, Swancor Renewable Energy photo)

Business Today reported the team’s members believe that, together, they can help Taiwan advance towards the goal of localizing the offshore wind energy industry and even propel Taiwan to the front of the world’s offshore wind energy scene. “We can expand the momentum to overseas markets and respond to the government’s aspirations and goal to make Taiwan Asia’s green energy center,” Lin said.

Tien Li Chair Wu Kun-ta (吳坤達) praised the government’s foresight in planning for the development of Taiwan’s offshore wind energy industry, ahead of Japan, South Korea, and Vietnam. Business Today cited market research as saying the market for offshore wind energy will primarily be in Asia in the future.

“I believe (the government) should receive 10,000 thumbs up, this step is a great opportunity for Taiwanese businesses,” Wu said.